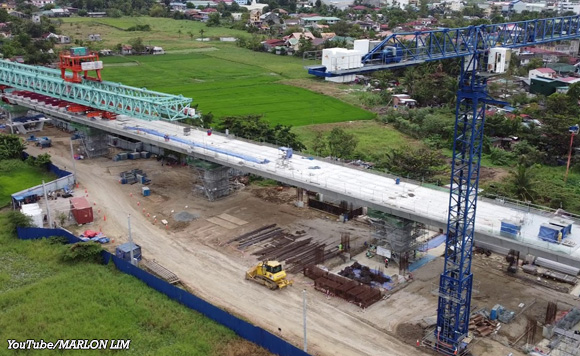 Construction of the two-story Balagtas station of the North-South Commuter Railway or NSCR Project Phase 1 is now complete, according to Transportation Undersecretary Timothy John Batan.

The Japanese contractor Sumitomo Mitsui Corporation has accomplished a 100-percent completion of structural works for the station, the official said.

The station was built beside the old Bigaa Station of the Philippine National Railways or PNR North Line.

Bigaa is the old name of Balagtas town in Bulacan.

The train platform is on the second floor of the station and below are the rails that will be traversed by the trains from Tutuban to Malolos City and back.

Trains from the Clark International Airport from Tutuban, Calamba and back will also pass by the station.

Politiko would love to hear your views on this...
Spread the love
Tags: Balagtas station, North-South Commuter Railway, NSCR Project, Undersecretary Timothy John Batan
Disclaimer:
The comments posted on this site do not necessarily represent or reflect the views of management and owner of POLITICS.com.ph. We reserve the right to exclude comments that we deem to be inconsistent with our editorial standards.