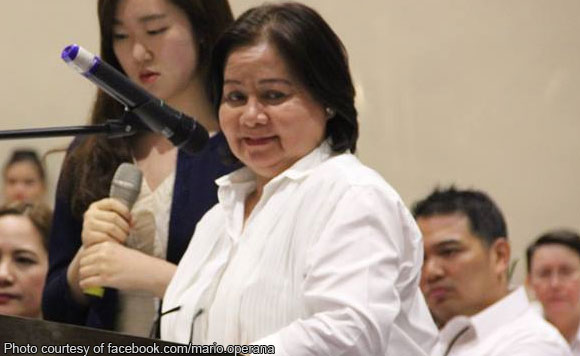 Governor Lilia Pineda on Monday ordered the suspension of all quarry operations in this province.

This, as Environment Secretary Roy Cimatu last Friday stopped quarry operations in eight regions, including Central Luzon, shortly after a landslide near a quarry site in Naga City, Cebu that killed at least 50 people.

Cimatu, in his order, said “the suspension will be effective until such time that the review and assessment of quarry operations are completed, [including] surrounding communities as far as their safety from the impact of the quarry operations and geohazards is concerned”.

Pineda called for an emergency meeting Monday among leaders of concerned local government units and quarry operators where she directed them to comply with the Department of Environment and Natural Resources (DENR) order.

Pineda said she appealed to Secretary Cimatu not to include Pampanga in the suspension of quarry operations as she cited that infrastructure projects under the “Build, Build, Build” program of President Rodrigo Duterte would be adversely affected, considering that the province is a main source of sand.

“We need to justify that quarrying in our province is not hazardous. We need to quarry our waterways to prevent flooding in low-lying areas,” he said.

The governor also noted that quarry sites in the province are far from landslide-prone areas.

Meanwhile, Provincial Environment and Natural Resources Office head Art Punsalan said the quarry suspension would mean a loss of PHP1.5 million per day on the part of the provincial government.

Politiko would love to hear your views on this...
Spread the love
Tags: Art Punsalan, Cebu, Central Luzon, Department of Environment and Natural Resources, Governor Lilia Pineda, Naga City, president Rodrigo Duterte
Disclaimer:
The comments posted on this site do not necessarily represent or reflect the views of management and owner of POLITICS.com.ph. We reserve the right to exclude comments that we deem to be inconsistent with our editorial standards.