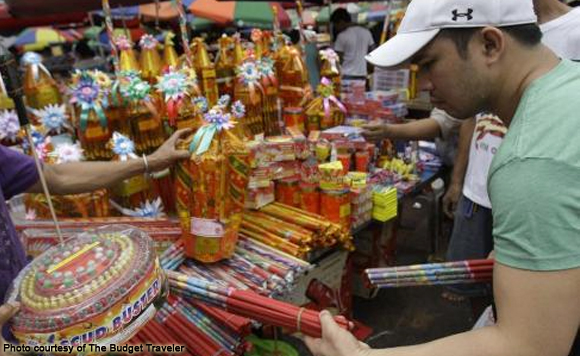 In wake of the fireworks factory explosion that left three people killed and four others wounded in Bulacan early this week, Baguio City Mayor Mauricio Domogan has expressed his support to President Rodrigo Duterte’s proposal to prohibit the production and sale of firecrackers and pyrotechnics.

The politiko is hoping the Chief Executive will issue an Executive Order (EO) totally ban the production and sale of firecrackers and pyrotechnics in the country.

Domogan said that in the absence of an EO, local government units (LGUs) may sponsor fireworks displays in special occasions.

This will enable the LGU to manage the use of the firecrackers and pyrotechnics and limit the display to a specific place and time, he said.

Domogan urged firecracker-selling groups in the city to organize themselves, fulfill requirements of the Bids and Awards Committee and join the bidding to qualify as supplier of pyrotechnics.

Politiko would love to hear your views on this...
Post Views: 0
Spread the love
Tags: Baguio, Baguio City, Mayor Mauricio Domogan, president Rodrigo Duterte
Disclaimer:
The comments posted on this site do not necessarily represent or reflect the views of management and owner of POLITICS.com.ph. We reserve the right to exclude comments that we deem to be inconsistent with our editorial standards.