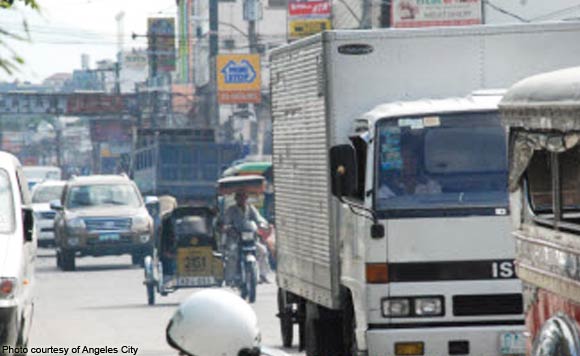 Angeles City Mayor Ed Pamintuan will not wait for traffic to worsen in the city before looking for solutions.

The Pampanga politiko has announced 14 road and bridge projects that will help Angeles cope with the heavier traffic in the next several years after the Manila-Clark railway and the Clark Airport expansion are completed.

Among the infrastructure projects Pamintuan is pushing are the Abacan expressway, which will be a new link between NLEX and SCTEX, new circumferential and bypass roads, more tollway exits, interchanges, flyovers, and bridges.

The projects are expected to be proposed to Department of Public Works and Highways Secretary Mark Villar for funding.

Politiko would love to hear your views on this...
Post Views: 1
Spread the love
Tags: Angeles City, Department of Public Works and Highways, Manila-Clark railway and the Clark Airport, Mayor Ed Pamintuan, NLEX, SCTEX, Secretary Mark Villar
Disclaimer:
The comments posted on this site do not necessarily represent or reflect the views of management and owner of POLITICS.com.ph. We reserve the right to exclude comments that we deem to be inconsistent with our editorial standards.