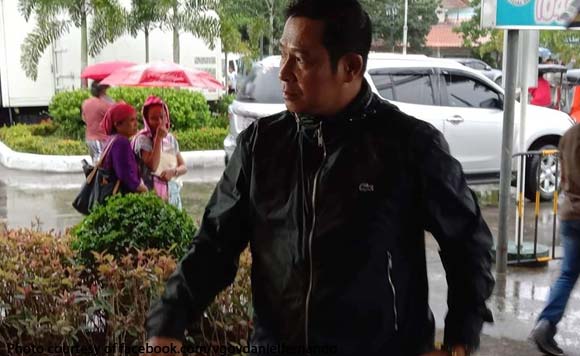 CITY OF MALOLOS, Bulacan — Governor Daniel Fernando, together with officials of the Pyrotechnic Regulatory Board (PRB), inspected on Friday several fireworks manufacturing plants in San Rafael and stalls in Bocaue town, this province.

The move was to ensure that the rules and regulations stated in Executive Order no. 28 under Republic Act No. 7183 (An Act regulating the sale, manufacture, distribution and use of firecrackers and other pyrotechnic devices) are being observed by manufacturers, dealers, and retailers of pyrotechnics and firecrackers.

Fernando said that the primary objective of the inspection is the safety of the public in line with the RA 7183.

“We are glad and satisfied because our province topped in pyrotechnics and in any field of endeavors,” the governor said.

Although Bulacan officials regularly inspect fireworks and firecrackers manufacturers and dealers, he reiterated his call to the public to be vigilant and to report illegal dealers that would definitely affect the local industry.

Bulacan Police acting director, Col. Emma Libunao, said that there are 24 licensed manufacturers and 92 licensed dealers in the Bulacan wherein she assured that those non-compliant also known as “colorums” will be arrested.

Libunao warned the consumers to buy only labeled products and legitimate fireworks sellers.

Jovenson Ong, of the Philippine Fireworks Association, clarified that “bawang”, “judas belt”, “five star” and “sawa” are not included in the list of illegal firecrackers.

He added that the Philippines, represented by Dragon Fireworks, is the first in Southeast Asia to win the prestigious Cannes International Fireworks Competition. (PNA)

Politiko would love to hear your views on this...
Spread the love
Tags: Bocaue town, Bulacan, City of Malolos, Governor Daniel Fernando, Pyrotechnic Regulatory Board, San Rafael
Disclaimer:
The comments posted on this site do not necessarily represent or reflect the views of management and owner of POLITICS.com.ph. We reserve the right to exclude comments that we deem to be inconsistent with our editorial standards.