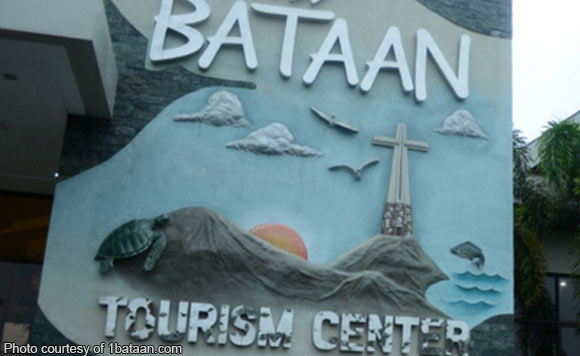 A new historical marker for the Bataan Death March was unveiled by the National Historical Commission of the Philippines (NHCP) on Sat in Bagac City.

The Zero Kilometer Death March marker aims to identify as a national historical shrine the starting point of the Death March.

Bagac City Mayor Louise Gabriel del Rosario said the Tourism Infrastructure and Enterprise Zone Authority has allocated P2.5 million for building of the shrine and funds for its maintenance will be provided yearly.

The Bataan Death March was imposed by the Japanese imperial forces to Filipino and American prisoners.

The prisoners were forcibly transferred from Mariveles on April 10, 1942, and Saysain Point in Bagac, Bataan on April 11, 1942, to Camp O’Donnell, Capas, Tarlac, via San Fernando, Pampanga.

Thousands had died before they could reach Pampanga.

On April 9, 1942, Major General Edward P. King, then commander of the Bataan forces, was forced to surrender the Filipino and American soldiers to prevent further slaughter of his troops.

The NHCP estimates that there were more than 70,000 Filipino and American soldiers in Bataan when King surrendered.

Politiko would love to hear your views on this...
Post Views: 5
Spread the love
Tags: American, Bagac City, Bataan Death March, Filipino, Japanese, Mayor Louise Gabriel del Rosario, National Historical Commission of the Philippines, Saysain Point, Tourism Infrastructure and Enterprise Zone Authority
Disclaimer:
The comments posted on this site do not necessarily represent or reflect the views of management and owner of POLITICS.com.ph. We reserve the right to exclude comments that we deem to be inconsistent with our editorial standards.