Authorities seize P23M worth of smuggled phones in Clark 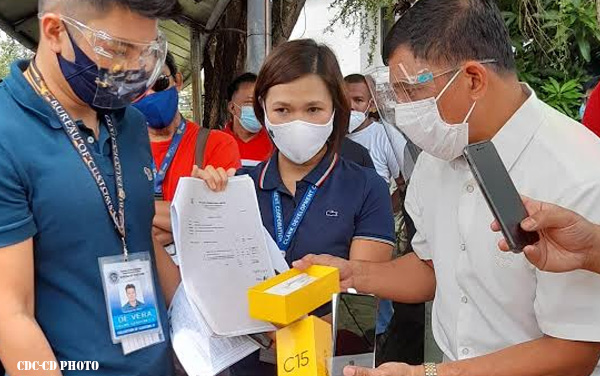 Authorities confiscated some P22.8 million worth of smuggled mobile phones at the Clark Freeport Zone during an operation led by the Bureau of Customs-Clark (BOC-Clark) and Clark Development Corporation (CDC).

Seized were 3,520 pieces of Real Mi mobile phones hidden in 88 cargo boxes and a pair of Nike Air Force One rubber shoes.

On March 4, an alert order was issued by the BOC Port of Clark Collector regarding the shipment of the objects, a report in Punto Central Luzon said.

On March 5, Thursday, an examination of these articles was conducted in the presence of BOC representatives, CDC President and CEO Manuel Gaerlan, CDC Trade Facilitation Division (TFD) head Noelle Mina Meneses, representatives of the consignee and representatives from the Customs Broker Association.

But the inspection showed they were in fact contraband, the report added.

Politiko would love to hear your views on this...
Post Views: 29
Spread the love
Tags: Bureau of Customs, Clark, smuggled phones
Disclaimer:
The comments posted on this site do not necessarily represent or reflect the views of management and owner of POLITICS.com.ph. We reserve the right to exclude comments that we deem to be inconsistent with our editorial standards.