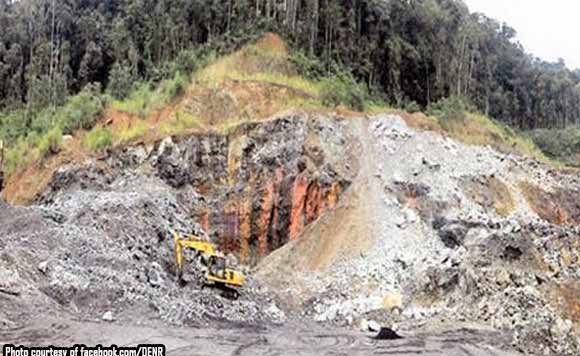 Four persons were arrested by the National Bureau of Investigation (NBI) for alleged illegal extraction and transportation of limestone in San Ildefonso, Bulacan province.

An investigation conducted by the Environmental Crime Division of the Mines and Geosciences Bureau revealed the “rampant” illegal mining activities in the Bulacan town, including transporting illegally-sourced minerals.

The four suspects was discovered to have been excavating the area for limestone. Limestone is a hard sedimentary rock used as building material and in the making of cement.

Authorities estimate the value of seized heavy equipment, such as excavators and dump trucks, at P4 million.

The four suspects are set for inquest proceedings before the Department of Justice, facing charges of theft of minerals in violation of the Philippine Mining Act.

The owner of the quarry operations, meanwhile, has been identified and is subject to investigation.

Politiko would love to hear your views on this...
Spread the love
Tags: Bulacan province, Bulacan town, Edilberto Villamor delos Santos, Edison Villamor delos Santos., Environmental Crime Division of the Mines and Geosciences Bureau, Jeffrey Ubas Ocquia, National Bureau of Investigation (NBI), NBI director Dante A. Gierran, Philippine Mining Act, Ronald Marcelo del Rosario, San Ildefonso
Disclaimer:
The comments posted on this site do not necessarily represent or reflect the views of management and owner of POLITICS.com.ph. We reserve the right to exclude comments that we deem to be inconsistent with our editorial standards.