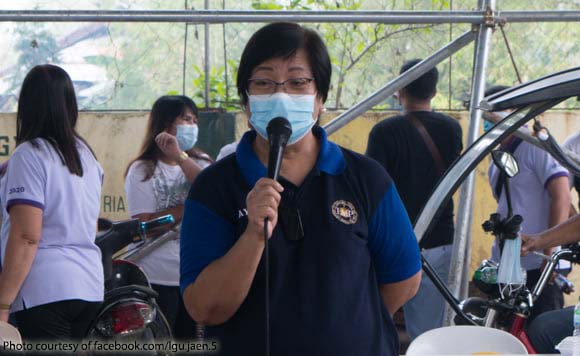 Sylvia Austria was reinstated as mayor of Jaen town in Nueva Ecija province, ending a standoff with Antonio Prospero Esquivel, who left the municipal hall on Monday afternoon, according to a Punto Central Luzon report.

On her first day back in office, Austria “met with heads of offices and vowed to continue her infrastructure and social programs, including pensions for senior citizens,” the report said.

The Punto report said Department of Interior and Local Government in Central Luzon reinstated Austria on the strength of a 60-day status quo ante order issued by the second division of the Commission on Elections.

The office also issued a preliminary injunction authorizing Austria to stay in office over the covered period.

Santos then accompanied Austria in reporting to office on Tuesday, according to the report.

Politiko would love to hear your views on this...
Post Views: 29
Spread the love
Tags: Jaen, social programs, Sylvia Austria
Disclaimer:
The comments posted on this site do not necessarily represent or reflect the views of management and owner of POLITICS.com.ph. We reserve the right to exclude comments that we deem to be inconsistent with our editorial standards.