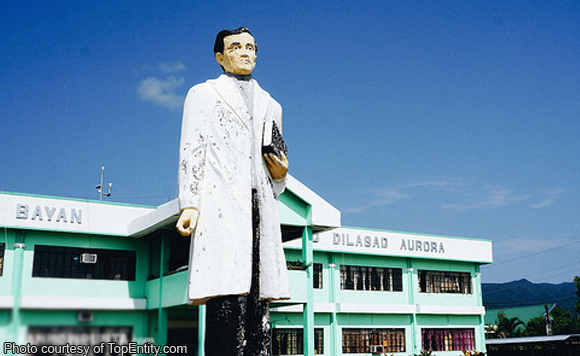 State auditors gave a failing mark to the municipality of Dilasag in Aurora for its failure to comply with the provisions of Repubilc Act 9003 or the Ecological Solid Waste Management Act.

In a 2016 report, the Commission on Audit (COA) said the municipality has not complied with the law on the formulation and implementation of ecological solid waste management plans and programs.

Auditors said protection of the environment and general welfare of the constituents was not attained by the municipality.

The municipality also has no safe closure and rehabilitation plan on its open and controlled dumpsites.

The auditors visited the different areas in the municipality and found out the following: there are now labeled segregation bins present within the surroundings of the municipal compound; six of 11 barangays randomly visited by the Audit Team has a functional Materials Recovery Facility (MRF); plastics materials and bottles are deposited in a temporary residual containment area located within the municipal compound; and lack of information dissemination on solid waste management

The COA urged the municipal mayor Victorio Briones to order the Municipal Ecological Solid Waste Management Board to exert effort in expediting the establishment of the sanitary landfill; coordinate with barangay officials in the strict implementation on the existing environmental laws and intensify the information campaign on the “no segregation, no collection policy and the “no-littering policy” among the residents; and finally, exercise strong political will to implement the environmental laws.

Politiko would love to hear your views on this...
Post Views: 5
Spread the love
Tags: Aurora, Commission on Audit (COA), Dilasag, Ecological Solid Waste Management Act, Materials Recovery Facility (MRF), Repubilc Act, Victorio Briones
Disclaimer:
The comments posted on this site do not necessarily represent or reflect the views of management and owner of POLITICS.com.ph. We reserve the right to exclude comments that we deem to be inconsistent with our editorial standards.