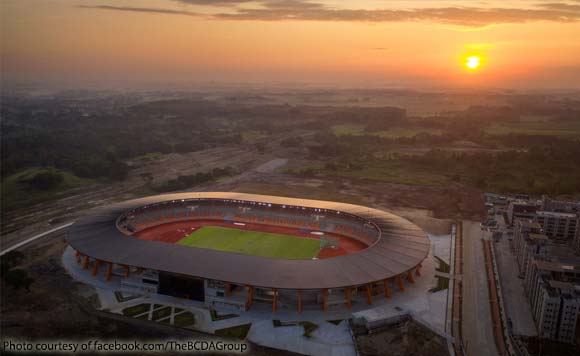 The Athletics Stadium at New Clark City in Capas town in Tarlac province has received another nomination from the World Architecture Festival (WAF), according to the Bases Conversion and Development Authority (BCDA).

The BCDA said the nomination proved “once again that Filipino architects and engineers are capable of constructing buildings that can stand out on the global stage.”

New Clark City’s internationally accredited sports stadium was nominated for the Engineering Prize of the prestigious festival that is set to take place at the FIL Exhibition Center in Lisbon, Portugal from December 1 to 3, the BCDA said.

“For the New Clark City Athletics Stadium to be recognized at such a high level not only for its architectural brilliance, but also for its structural quality is a nod towards the thousands of engineers, designers and workers who completed this facility within a short period of time,” Dizon said.

“We were really ecstatic about the news that the Athletics Stadium we built at the National Government Administrative Center (NGAC) in New Clark City was included in the shortlist of entries for the WAF Engineering Prize,” he said.

Politiko would love to hear your views on this...
Spread the love
Tags: Athletics stadium, New Clark City, Tarlac province
Disclaimer:
The comments posted on this site do not necessarily represent or reflect the views of management and owner of POLITICS.com.ph. We reserve the right to exclude comments that we deem to be inconsistent with our editorial standards.