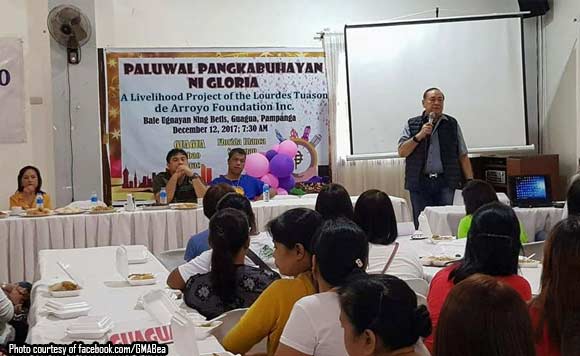 Around 200 indigent residents of the second district of Pampanga received an early Christmas gift from their congresswoman.

They were recently given livelihood assistance from the Lourdes Tuason De Arroyo Foundation.