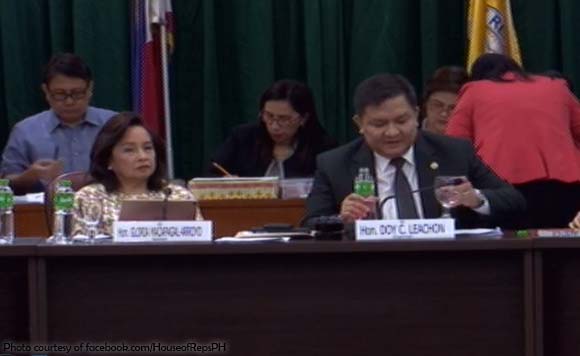 The presence Tuesday of House Speaker and Pampanga 2nd District Rep. Gloria Macapagal-Arroyo at the House Committee on Justice hearing of the impeachment complaints against seven Supreme Court justices has sparked a controversy.

Albay 1st District Rep. Edcel Lagman implied that Arroyo’s attendance at the start of the hearing influenced the committee to rule that the complaints against Chief Justice Teresita Leonardo-de Castro and six associate justices were insufficient in substance.

“The writing on the wall was obvious when Speaker Gloria Macapagal-Arroyo attended the initial proceedings, although she left after listening to Rep. Jesulito Manalo fire the first salvo against the complaints,” Lagman said in a press statement.

De Castro, Peralta, Bersamin, Jardeleza and Tijam were accused further of betrayal of public trust for refusing to inhibit from voting on the quo warranto petition, despite testifying against Sereno at the latter’s impeachment complaint hearings in Congress.

The Impeachment complaints against the seven justices were filed by Lagman, Magdalo Party-List Rep. Gary Alejano, and Ifugao Rep. Teddy Baguilat, Jr. The complaints had earlier been ruled to be sufficient in form.

Lagman lamented that “substance was in fact overriding, but partisanship was more ascendant.”

“Judiciousness and fairness are alien attributes of the House Committee on Justice that junked the impeachment complaints,” he said.

But Leachon, in a separate statement, denied Lagman’s insinuation, saying that Arroyo has a right to be at the proceedings “as Speaker of the House.”

“First, Ma’am SGMA was notified to be there as ex-officio member just like other officio members who were there,” Leachon said.

Also, Arroyo, according to Leachon, has “actually been attending in other committee hearings, not only in the House Committee on Justice.”

“So, her attendance this morning at the impeachment proceeding must not be singled out to that effect,” the Justice committee chair said.

Arroyo is a close ally of President Rodrigo Duterte, who strongly supported the ouster of Sereno. The former chief justice was a critic of the incumbent leader.(END)