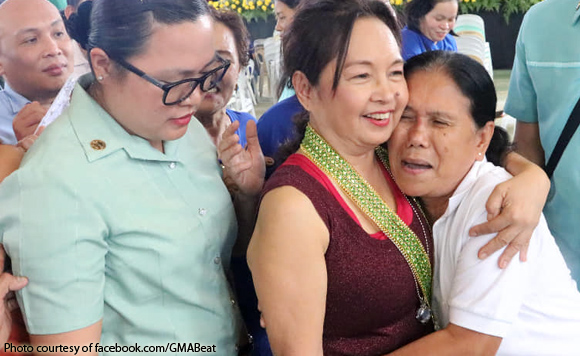 Speaker Gloria Macapagal Arroyo is part of yet another historic moment!

The Pampanga 2nd Districg congresswoman’s Facebook post said the agreement will “enable more than 2,000 families in Brgy. Apas a chance to own their housing units.”

Politiko would love to hear your views on this...
Spread the love
Tags: Cebu Cith Mayor Tommy Osmenaz, Cebu City, Cebu Governor Hilario Davide III, Speaker Gloria Macapagal-Arroyo
Disclaimer:
The comments posted on this site do not necessarily represent or reflect the views of management and owner of POLITICS.com.ph. We reserve the right to exclude comments that we deem to be inconsistent with our editorial standards.