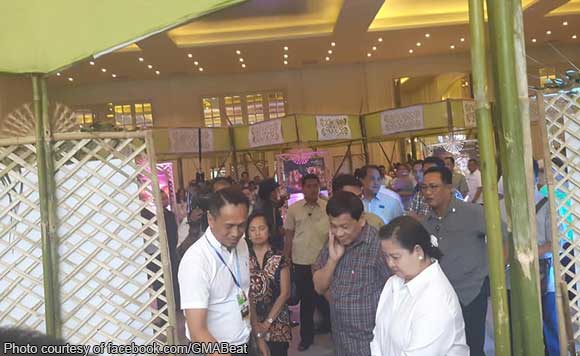 The bond between former president Gloria Macapagal Arroyo and President Rodrigo Duterte was once again seen when the President attended a culinary event in the former’s home province.

Arroyo, now the representative of Pampanga’s second legislative district, welcomed the President to the first Kapampangan Food Festival on Thursday, December 7, at the Clark Freeport Zone in Angeles City.

Pampanga Gov. Lilia Pineda also joined the two in touring the food stalls which showcased the province’s culinary masterpieces, with a wide variety of famous Filipino and Kapampangan dishes.

The food festival, initiated by Culinarya Pampanga, was held to promote Pampanga as the “Cuisine Capital of the World.” It coincided with the weeklong celebration of the province’s 446th founding anniversary.