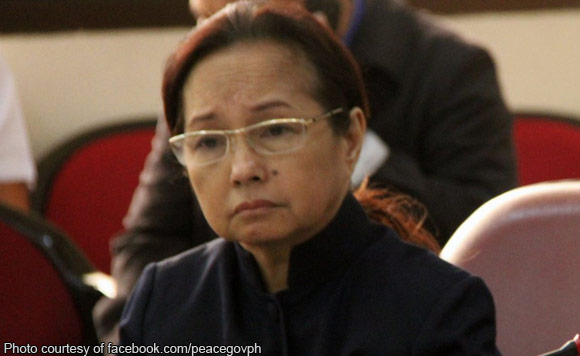 The lady politiko made this proposal after noting that some bureaucratic glitches hamper the steady flow of donations in times of calamities.

In her House Bill No. 4373, Arroyo said donations for calamity victims have been hampered by bureaucratic red tape such as subjecting donors to hefty donor’s tax.

Those who would seek an exemption to the payment of donor’s tax through charitable organizations face the stringent accreditation process to get their exemption on the top of the requirements they need to submit to the Bureau of Internal Revenue (BIR).

Under the proposed law, the Pampanga solon said the donors also have to submit paperwork to the BIR for audit procedures.

Compounding the problem is the fact that not all organizations with relief operations are accredited charitable organizations.

“The display of camaraderie and empathy by ordinary citizens who risked their lives to save strangers was a common scene (during times of calamities). Even hard-earned savings were given freely to charitable organizations to augment relief operations and to serve more of those affected. This display of heroism and gallantry, however, also brought into the limelight a few bureaucratic glitches that impeded the steady flow of donations,” Arroyo said.

To address the problem, Arroyo has proposed that in areas where a state of calamity in an area had been declared, donations to victims of this area should be tax exempt.

“The objective of the bill is to address all these concerns by allowing tax exemption of donations as long as a state of calamity is declared by the proper Sanggunian and regardless of the nature of business of the donee organization so as not to hamper funds from coming in,” the lady politiko added.

Aside from donor’s tax, residents in the area will also be exempt from paying real estate taxes for two years from the declaration of a state of calamity.

“The real property tax in the affected areas shall not be assessed and collected for two fiscal years, starting from the date of declaration of the state of calamity,” Arroyo said.

Politiko would love to hear your views on this...
Post Views: 0
Spread the love
Tags: 2nd District Rep. Gloria Macapagal-Arroyo, Bureau of Internal Revenue, House Bill, Pampanga, politiko, Sanggunian
Disclaimer:
The comments posted on this site do not necessarily represent or reflect the views of management and owner of POLITICS.com.ph. We reserve the right to exclude comments that we deem to be inconsistent with our editorial standards.