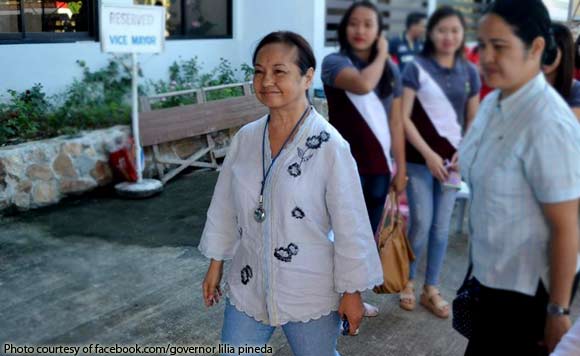 In line with efforts to empower the country’s so-called Indigenous Peoples (IPs), Pampanga 2nd District Rep. Gloria Macapagal-Arroyo is looking at the possibility of giving IP communities the power to determine whether individual titles may be given on their ancestral lands.

In her House Bill No. 4142, the lady politiko has introduced an amendment to Republic Act No. 8371, particularly Section 53 which would give more power to the Indigenous Cultural Communities (ICCs) and IPs through their Indigenous Peoples Organizations or their Council of Elders to determine if individuals or families may acquire titles over some portions of their ancestral domain.

“The ICCs/IPs, through their Indigenous Peoples Organizations and/or Council of Elders, shall be responsible for identifying and establishing ancestral lands covered by an ancestral domain title based on their own customs and traditions. The community may allocate portions of the ancestral domain to individuals, families or clans in accordance with their customary laws and traditional practices,” Arroyo added.

Arroyo explained that Section 53 of RA 8371 had been subject to a lot of interpretations because of the lack of specific rule on whether ancestral land titles can still be issued over lands covered by an ancestral domain title.

“Section 53 of Republic Act No. 8371 provides for the identification, delineation and certification of ancestral lands. In its implementation, however, various interpretations have been attached to paragraph (a) thereof specifically as to whether. This bill seeks to amend this provision in order to clarify and preclude varying interpretations by categorically stating that ancestral lands within an ancestral domain covered by an ancestral domain title can still be issued land titles and providing for procedure for its titling,” she said.

Tribal communities who would opt to grant ancestral domain titles to individual members or families of their indigenous communities may file their claim before the Ancestral Doman Office.

Claimants will be required to submit proofs of claim including the testimony under oath of elders of the community attesting to the possession or occupation of the areas since time immemorial by the individual or family.

The same will be subject to publication, investigation, delineation and approval of the NCIP subject to the conditions set by law including the provision on the restriction of sale.

RA 8371 restricts Indigenous Peoples from selling titled ancestral lands except to clan members or members of the tribal community.

Politiko would love to hear your views on this...
Post Views: 0
Spread the love
Tags: Indigenous Cultural Communities, Pampanga 2nd District Rep. Gloria Macapagal-Arroyo
Disclaimer:
The comments posted on this site do not necessarily represent or reflect the views of management and owner of POLITICS.com.ph. We reserve the right to exclude comments that we deem to be inconsistent with our editorial standards.