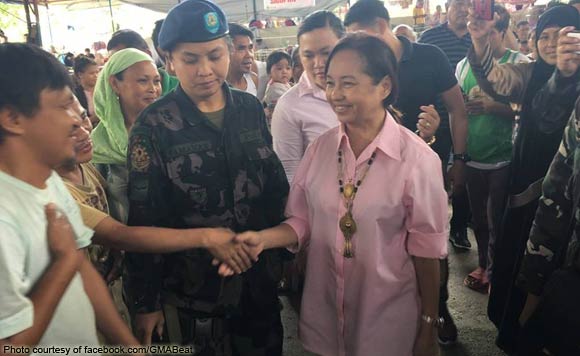 The Pampanga politiko distributed hygiene packs to the families staying at the National School of Fisheries in Barangay Buru-un and at the Sta. Elena Evacuation Center.

Arroyo traces her roots in Iligan City where her maternal grandparents lived in the 50s.

She also lived in Iligan City during her childhood.

Politiko would love to hear your views on this...
Post Views: 0
Spread the love
Tags: Barangay Buru-un, Iligan City, Marawi City, Mayor Celso Regencia, National School of Fisheries, Pampanga 2nd District, Representative Gloria Macapagal-Arroyo, Sta. Elena Evacuation Center, Vice Mayor Jemar Vera Cruz
Disclaimer:
The comments posted on this site do not necessarily represent or reflect the views of management and owner of POLITICS.com.ph. We reserve the right to exclude comments that we deem to be inconsistent with our editorial standards.