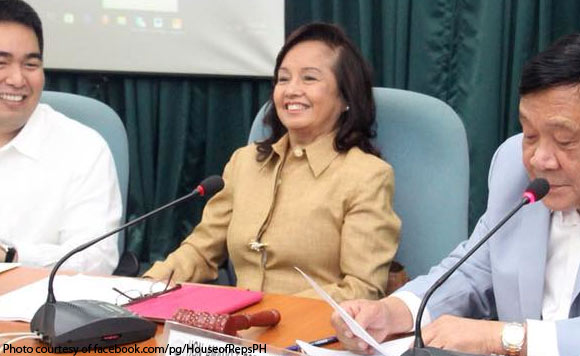 House Speaker Gloria Macapagal-Arroyo expressed Thursday her belief that economic managers of the Duterte administration are doing something to arrest the rising inflation which peaked at 6.4 percent in August from nine years ago.

The Pampanga 2nd District Representative had said Wednesday after the announcement of the nine-year high inflation rate for the month of August that when she was president, inflation in the country peaked at 6.6 percent for the month of March 2009.

But it was immediately addressed, such that by June of the same year, it went down to 1.5 percent.

“I guess, my message is, it can be done, and I believe that our economic managers are doing something to address the situation,” Arroyo told reporters in Pampanga.

Arroyo said Albay Rep. Joey Salceda, whom she also tapped during her presidency, has very good suggestions for the current administration in addressing inflation, which ordinary people feel in the prices of commodities they purchase.

“Let’s give a chance to our economic managers to be able to address the situation,” Arroyo said.(END)

Politiko would love to hear your views on this...
Spread the love
Tags: Albay Rep. Joey Salceda, Duterte administration, House Speaker Gloria Macapagal-Arroyo, Pampanga
Disclaimer:
The comments posted on this site do not necessarily represent or reflect the views of management and owner of POLITICS.com.ph. We reserve the right to exclude comments that we deem to be inconsistent with our editorial standards.