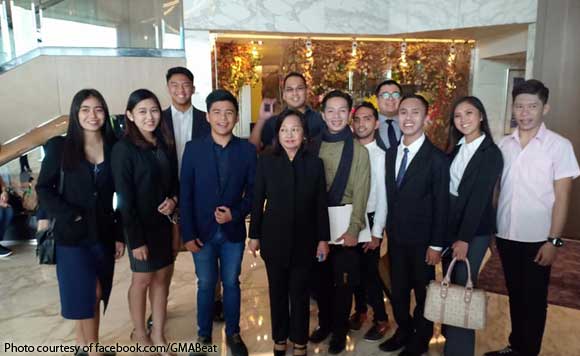 House Speaker Gloria Macapagal-Arroyo took 10 Filipino students to Hong Kong and China on Wednesday and Thursday “to witness and experience for themselves the growth of China.”

According to a statement issued by the Pampanga lawmaker’s office, the 10 young students came from all over the country, including Marawi City, and three of them were persons with disabilities.

The trip, which also included their participation in the Youth Summit 2018 of the Boao Forum for Asia (BFA) in Hong Kong, was intended to orient the students to China’s growth in the last 40 years since it opened up to the world.

Their attendance at the youth summit of the BFA, where Arroyo sits as a member of the board, is aimed at inspiring them to become effective leaders in their respective communities in the future, Arroyo’s office said.

The youth delegates were able to ride the new bullet train from Hong Kong to Guangzhou, and see the Canton Tower in Guangzhou, which is the third tallest building in the world.

Arroyo was the country’s president from 2001 up to 2010. She is expected to bow out of politics next year when her final term in Congress ends.(END)