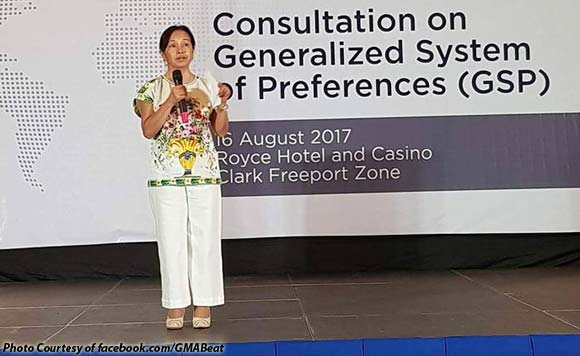 Leave the diplomacy to the former president.

Pampanga 2nd District Representative Gloria Macapagal-Arroyo was one of the speakers at the Consultation on the Generalized System of Preferences (GSP) held at the Royce Hotel in Clark, Pampanga last Thursday, August 17.

GSP prorgams were established by countries with the goal of having reduced or zero tarrif rates on certain products when imported from developing and least-developed countries.

O foreigners, listen to the madame!

Politiko would love to hear your views on this...
Post Views: 0
Spread the love
Tags: Clark, Generalized System of Preferences, Pampanga, Pampanga 2nd District, Representative Gloria Macapagal-Arroyo
Disclaimer:
The comments posted on this site do not necessarily represent or reflect the views of management and owner of POLITICS.com.ph. We reserve the right to exclude comments that we deem to be inconsistent with our editorial standards.