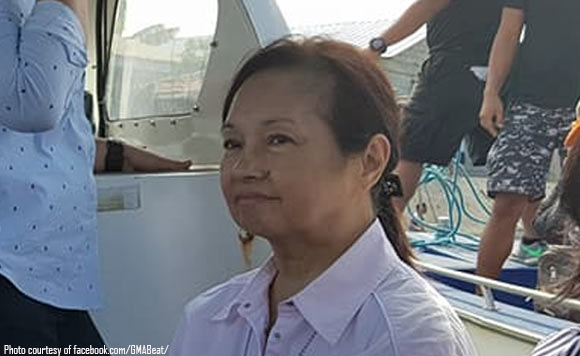 For former president and now Pampanga 2nd District Rep. Gloria Macapagal Arroyo, the Subic-Clark-Tarlac Expressway (SCTEx) is her most important legacy to Kapampangans.

During her speech at the Royce Hotel and Casino at the Clark Freeport on Monday, Arroyo said she values SCTEx the most among all her other construction projects when she was still in Malacanang.

Arroyo graced the formal inauguration and drive-through of the new access ramps of SCTEx in Barangay Mabiga, even though she had to cancel all her appointments just to attend the event.

“Every time they invite me, I cancel all my other appointments so that I can come,” Arroyo said.

The former president also boasts President Rodrigo Duterte’s support of Pampanga, as he promotes development in the countryside as one of his administration’s priorities.

Arroyo expressed gratitude to the President, her close ally, for attending the Kapampangan Food Festival in December last year.

During the festival, Duterte commented that Metro Manila is “decaying”, and the Clark-Subic area is the next best zone for big economic ventures.

“Therefore any infrastructure roadway like the Nlex [North Luzon Expressway], SCTEx, TPLEx[Tarclac-Pangasinan-La Union Expressway] and the whole beltway is important for the development north of Manila. This interchange with all of the features that were explained is indeed a very important tool in making the Subic-Clark corridor the most competitive center in the region,” she said.

The lawmaker is also positive that investments will pour in Pampanga once the megalopolis master plan is rolled out.

Politiko would love to hear your views on this...
Spread the love
Tags: Barangay Mabiga, Clark-Subic, Kapampangans, Pampanga 2nd District Rep. Gloria Macapagal-Arroyo, president Rodrigo Duterte, Royce Hotel and Casino at the Clark Freeport, SCTEX, Subic-Clark-Tarlac Expressway (SCTEx)
Disclaimer:
The comments posted on this site do not necessarily represent or reflect the views of management and owner of POLITICS.com.ph. We reserve the right to exclude comments that we deem to be inconsistent with our editorial standards.