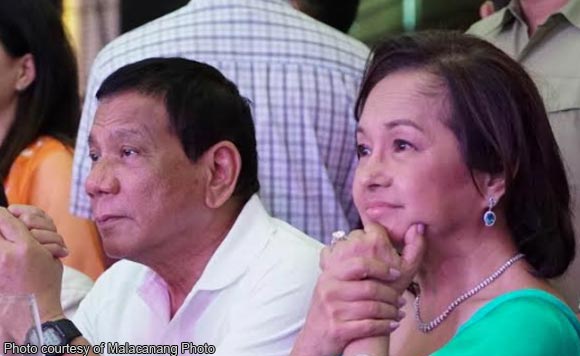 Pampanga 2nd District Representative Gloria Macapagal-Arroyo on August 4 has lauded President Rodrigo Duterte for signing into law providing for free tuition for students of 112 state universities and colleges in the country.

The Pampanga politiko said that the Universal Access to Quality Tertiary Education Act include a provision which creates the Student Loan Board for college students enrolled in private schools.

“When I was president, I launched a student loan initiative called the Student Assistance Fund for Education (SAFE) which gave out interest-free loans to college students who could not graduate due to financial constraints,” Arroyo said.

Arroyo said she had long wanted to institutionalize SAFE.

Politiko would love to hear your views on this...
Post Views: 0
Spread the love
Tags: Gloria Macapagal-Arroyo, Pampanga, President, Quality Tertiary Education Act, Rodrigo Duterte, Student Assistance Fund for Education (SAFE)
Disclaimer:
The comments posted on this site do not necessarily represent or reflect the views of management and owner of POLITICS.com.ph. We reserve the right to exclude comments that we deem to be inconsistent with our editorial standards.