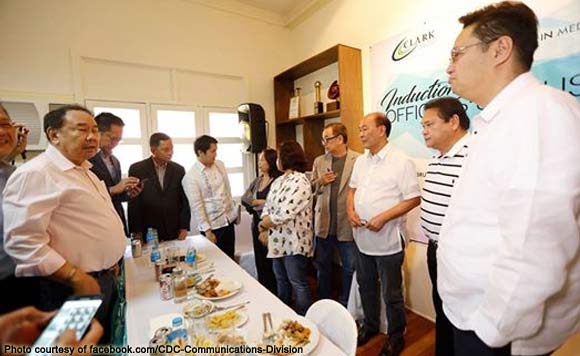 Pampanga 2nd District Representative Gloria Macapagal-Arroyo and Pampanga Governor Lilia Pineda had a chance to meet the new officers of the Campampangan In Media Incorporated (CAMI).

The politikos had the chance to socialize after the new officers’ induction ceremony at the Bale Balita in Clark Freeport.

Politiko would love to hear your views on this...
Spread the love
Tags: Bale Balita in Clark Freeport., Campampangan In Media Incorporated, CEO Noel Manankil, Clark Development Corporation, Governor Lilia Pineda, Mabalacat City Mayor Marino, Pampanga, Representative Gloria Macapagal-Arroyo, Vince Dizon
Disclaimer:
The comments posted on this site do not necessarily represent or reflect the views of management and owner of POLITICS.com.ph. We reserve the right to exclude comments that we deem to be inconsistent with our editorial standards.