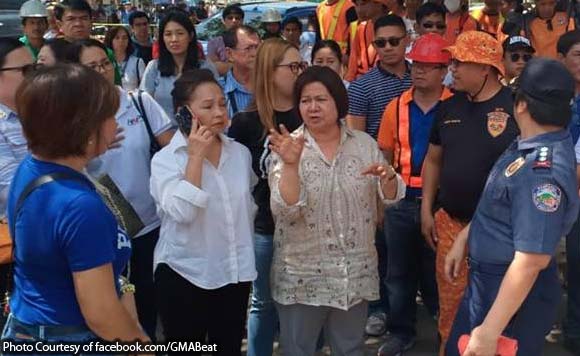 CITY OF SAN FERNANDO, Pampanga —Speaker Gloria Macapagal-Arroyo and Governor Lilia Pineda personally extended condolences to the families of those who died from the tremor in the towns of Porac and Lubao.

They also pledged to cover all the burial expenses of the earthquake victims.

“This is one of the priorities. Also, rebuilding houses for the affected families and providing assistance to the bereaved families,” the governor said.

Arroyo and Pineda also inspected the collapsed building of Chuzon Supermarket and asked the search and rescue front liners about the latest situation there.

Meanwhile, the operations were temporarily stopped following the occurrence of aftershocks since Wednesday morning.

Fire Senior Superintendent Samuel Tadeo, director of the Bureau of Fire Protection–Central Luzon, said they decided to temporarily halt the operations to ensure the safety of the rescuers.

So far, there were five casualties retrieved from the collapsed structure and seven were rescued.

Tadeo said the search and rescue unit used five cranes to hold the roof of the building and prevent it from possible collapse.

He said that although the rescuers no longer detect signs of life inside the collapsed structure, the search and rescue operations will last until Friday. (PNA)