Arroyo pays tribute to the late Ed Angara: ‘He was a true leader’ 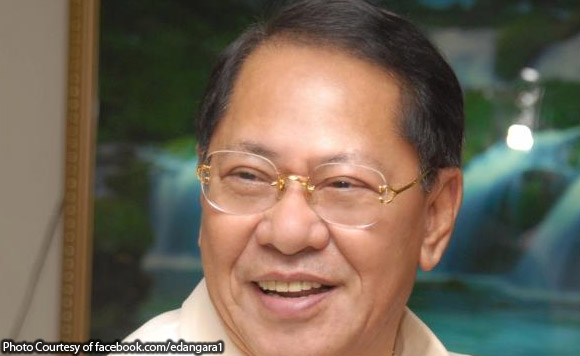 Former president Gloria Macapagal-Arroyo were among the politicians who mourned the death of ex-Senate President Edgardo Angara.

The veteran politiko died of a heart attack on Sunday, May 13.

“He was a true leader who instituted reforms for the betterment of the country. Most importantly, he was a friend who I feel fortunate to have had the opportunity to work with,” said the Pampanga 2nd District representative.

“May his courage and leadership continue to inspire others. He will be missed but his valuable contributions to the country will never be forgotten,” she added.

Politiko would love to hear your views on this...
Spread the love
Tags: Angara family, condolences, Ed Angara, ex-Senate President Edgardo Angara, former president Gloria Macapagal-Arroyo
Disclaimer:
The comments posted on this site do not necessarily represent or reflect the views of management and owner of POLITICS.com.ph. We reserve the right to exclude comments that we deem to be inconsistent with our editorial standards.