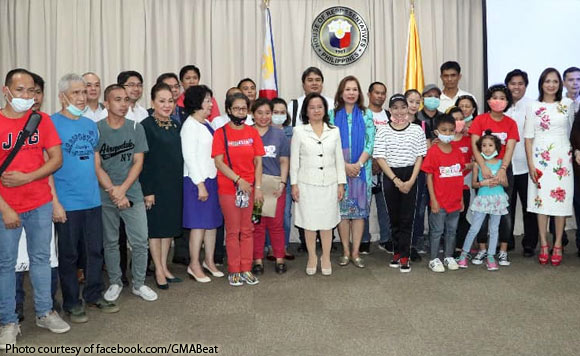 House Speaker Gloria Macapagal-Arroyo and Nueva Ecija Cong. Estrelilta Suansing led the approval Wednesday of a bill that will institutionally address the cancer problem in the country.

The House Committee on Ways and Means, chaired by Suansing and of which Arroyo is a member, approved the amended bill that will create a National Integrated Cancer Control Program.

According to a post on Arroyo’s official Facebook page, the proposed program is intended “to help cancer patients and their families, and address the rising number of cancer cases.”

Suansing, the post said, gave credit to more than 100 lawmakers, including Arroyo, who is Pampanga 2nd District Representative, for backing the measure.

Members of the Cancer Coalition Philippines attended the hearing and posed for photos with Arroyo and the Committee members after the approval.

“A big thank you to the House of Representatives for conducting the hearing today about the tax provisions of the National Integrated Cancer Control Act! Mabuhay!” the group said on its Facebook page.(END)

Politiko would love to hear your views on this...
Spread the love
Tags: Cong. Estrelilta Suansing, House of Representatives, House Speaker Gloria Macapagal-Arroyo, National Integrated Cancer Control Program, Nueva Ecija
Disclaimer:
The comments posted on this site do not necessarily represent or reflect the views of management and owner of POLITICS.com.ph. We reserve the right to exclude comments that we deem to be inconsistent with our editorial standards.