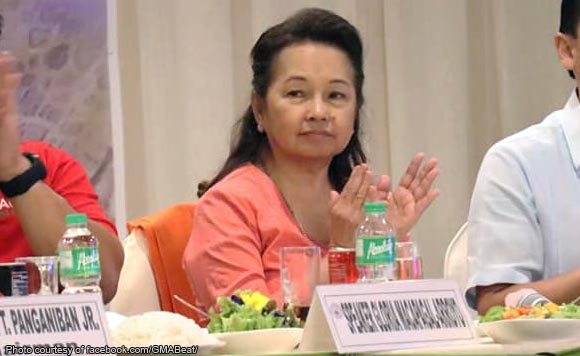 Under the leadership of outgoing House Speaker Gloria Macapagal Arroyo, the House of Representatives has successfully passed 28 bills which are all priorities of President Rodrigo Roa Duterte (PRRD).

House Speaker Arroyo shared on her Facebook account a post of another page, Thinking Pinoy, that compared the number of bills passed by the House to those passed by the Senate in the 17th Congress. Thinking Pinoy released a table that out of 28 PRRD priorities, the House passed all while the Sotto-led Senate staggered behind with only 16 out of the 28 bills enacted into law. The post praised the speaker as an “astute politician” and thanked her “for her ability and willingness to crack the whip at Batasang Pambansa Complex in support of PRRD’s priority measures.”

Politiko would love to hear your views on this...
Spread the love
Tags: 17th Congress, Batasang Pambansa Complex, House of Representatives, House Speaker Gloria Macapagal-Arroyo, President Rodrigo Roa Duterte, Thinking Pinoy
Disclaimer:
The comments posted on this site do not necessarily represent or reflect the views of management and owner of POLITICS.com.ph. We reserve the right to exclude comments that we deem to be inconsistent with our editorial standards.