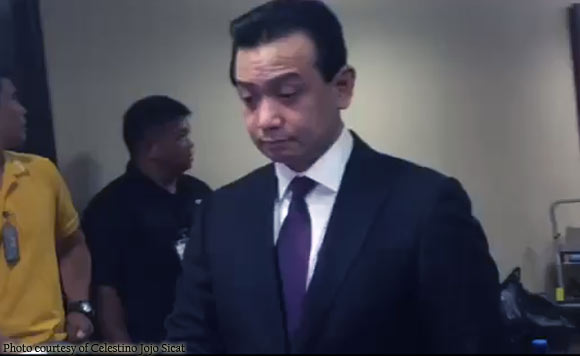 House Speaker Gloria Macapagal-Arroyo is leaving the amnesty predicament of Senator Antonio Trillanes IV up to the judicial system to be resolved.

As far as the Pampanga 2nd District Representative is concerned, the issue Trillanes is facing now following President Rodrigo Duterte’s declaration of the senator’s 2010 amnesty as void is “a legal issue.”

“He has gone to court, so let’s see what the court continues to have to say,” said Arroyo during whose presidency Trillanes led headline – grabbing military uprisings due to alleged corruption.

Duterte, who had been strongly criticized by Trillanes even before becoming president in 2016, declared last week as null and void the amnesty granted by former President Benigno Aquino to the former mutineer due to technicalities.

Trillanes sunsequently brought the matter before the Supreme Court. (END)

Politiko would love to hear your views on this...
Tags: former president Benigno Aquino, House Speaker Gloria Macapagal-Arroyo, Senator Antonio Trillanes IV, Supreme Court
Disclaimer:
The comments posted on this site do not necessarily represent or reflect the views of management and owner of POLITICS.com.ph. We reserve the right to exclude comments that we deem to be inconsistent with our editorial standards.