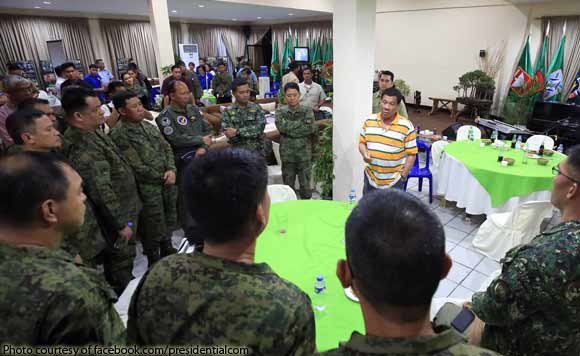 The Pampanga politiko lauded Duterte’s regular visits to the soldiers in the field including the increase in financial benefits for members of the military and the police.

“The least a leader can do to increase the morale of the defenders of our democracy and peace is to make sure that their families do not go hungry,” the former President said.

During Arroyo’s term, Congress passed RA 9166 that mandated the increase in pay of Armed Forces of the Philippines personnel and raise the pension of the recipients of the Medal of Valor or their families from P200.00 monthly to P25,000.00.

Politiko would love to hear your views on this...
Spread the love
Tags: Armed Forces of the Philippines, Marawi City, Pampanga, Representative Gloria Macapagal-Arroyo
Disclaimer:
The comments posted on this site do not necessarily represent or reflect the views of management and owner of POLITICS.com.ph. We reserve the right to exclude comments that we deem to be inconsistent with our editorial standards.