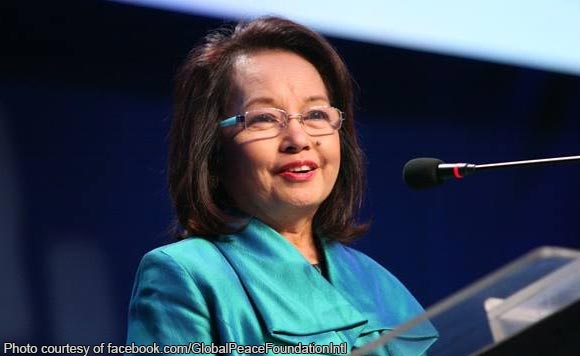 House Speaker Gloria Macapagal-Arroyo, joined by House Majority Leader Rolando Andaya, Jr., urged Monday the Commission on Elections to reset the filing of candidacy for the May 2019 elections to Oct. 11-17.

In their House Concurrent Resolution No. 20, Arroyo and Andaya said members of Congress, many of whom are expected to take part in next year’s national and local polls, will still be preoccupied with their legislative work until Oct. 12, based on their calendar.

“The House of Representatives is currently deliberating on the proposed 2019 General Appropriations Bill and other priority measures that require their utmost and undivided attention,” Arroyo and Andaya wrote.

“To enable Members of Congress to fully attend to their legislative duties and meet the deadline for the filing of the certificates of candidacy for the 2019 national and local elections, it is imperative to reset the period for the filing… at a later date,” they added.

“Therefore, be it resolved by the House of Representatives, the Senate concurring, to urge the Commission on Elections to reset to October 11 to 17, 2018 from October 1 to 5, 2018 the filing of the certificates of candidacy in connection with the May 13, 2019 national and local elections.”

Arroyo, who is Pampanga 2nd District Representative, has earlier declared she has no plans to run for public office after her consecutive three terms as congresswoman ends next year. She said her son, Mikey, will vie for the position.

Andaya, for his part, represents the 1st District of Camarines Sur.

Politiko would love to hear your views on this...
Spread the love
Tags: Commission on Elections, Gloria Macapagal-Arroyo, May 2019 elections, Rolando Andaya Jr.
Disclaimer:
The comments posted on this site do not necessarily represent or reflect the views of management and owner of POLITICS.com.ph. We reserve the right to exclude comments that we deem to be inconsistent with our editorial standards.