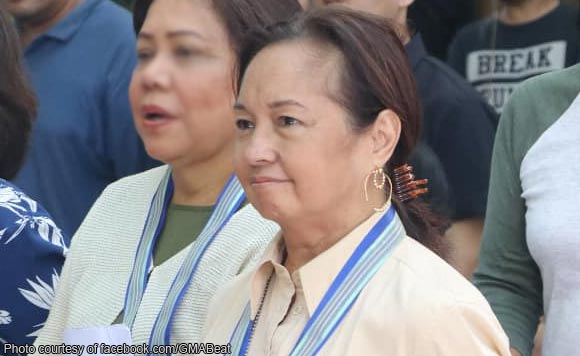 House Speaker Gloria Macapagal-Arroyo is the least trusted among the current top officials of the country, the latest Pulse Asia survey showed.

According to the Sept. 1-7, 2018 polls of Pulse Asia, the results of which were made public on Tuesday, Arroyo is only trusted by 19 percent of Filipinos, and is not trusted by 43 percent. Thirty-seven percent are undecided.

In terms of distrust, Duterte got nine percent; Robredo’s is 17 percent; Sotto’s is six percent; and Carpio’s is 19 percent.

Pulse Asia conducted face-to-face interviews with 1,800 respondents who are registered voters, and 18 years old and above. The survey has a +/- 2% error margin at the 95% confidence level.

Arroyo, who was president from 2001 up to 2010, was excluded in the performance portion of the survey because she has been in the House Speakership for less than three months from the conduct of the polls.(

Politiko would love to hear your views on this...
Spread the love
Tags: former acting Chief Justice Antonio Carpio, House Speaker Gloria Macapagal-Arroyo, president Rodrigo Duterte, Pulse Asia survey, Senate President Vicente "Tito" Sotto III, Vice-President Leni Robredo
Disclaimer:
The comments posted on this site do not necessarily represent or reflect the views of management and owner of POLITICS.com.ph. We reserve the right to exclude comments that we deem to be inconsistent with our editorial standards.