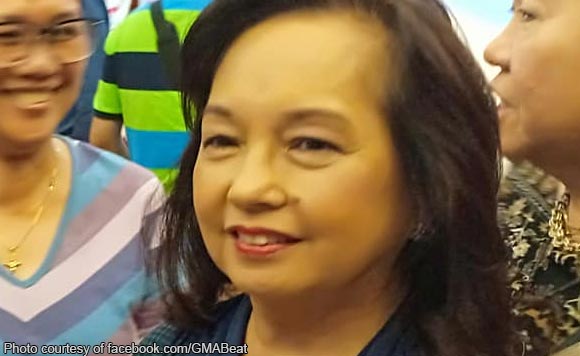 House Speaker Gloria Macapagal-Arroyo on Saturday hailed President Rodrigo Duterte before mayors and other delegates from China and the Association of Southeast Asian Nations.

In her keynote speech at the 4th China-ASEAN Mayors’ Forum in Nanning City in China’s Guangxi Zhuang Autonomous Region, Arroyo called Duterte a “true public sector chief executive, both at the local level and now at the national level.”

This, Arroyo said, is because of the incumbent Philippine leader’s “energy, dedication and empathy with the problems and concerns of the average citizen living in our urban communities.”

Arroyo bragged about Duterte as she is aware that her audience are local chief executives from China and ASEAN. “A mere two years ago, President Duterte was Mayor Duterte, thus he is one of you,” said Arroyo.

“That is why it is doubly an honor for me to speak before you, his fellow mayors in spirit from China and ASEAN,” she said.

Arroyo pointed out that unlike Duterte’s predecessors who mostly emerged from the legislative branch of government, including her, the current leader “rose to the presidency directly from being mayor,” and is the only one to do so.

“I would like to say that I am doubly honored to speak before you because this is a moment in my country’s history that is uniquely relevant to you as mayors,” the 71-year-old politician said.

“If there is any time in our country’s history where the Office of the Mayor is accorded the highest appreciation and respect, it is this moment in history,” she added.

Arroyo, who was president from 2001 up to 2010, is currently Pampanga 2nd District Representative in Congress.

Politiko would love to hear your views on this...
Spread the love
Tags: Association of Southeast Asian Nations, China, Gloria Macapagal-Arroyo, Rodrigo Duterte
Disclaimer:
The comments posted on this site do not necessarily represent or reflect the views of management and owner of POLITICS.com.ph. We reserve the right to exclude comments that we deem to be inconsistent with our editorial standards.