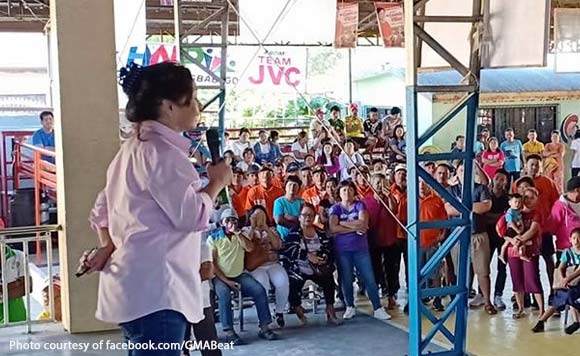 She also later facilitated the visits of two other HNP senatoriables, Sen. Cynthia Villar and special assistant to the President Bong Go in Floridablanca and Lubao towns.

Hugpong ng Pagbabago is a regional political party was formed by Inday Sara in 2018 and endorsed by her father, President Duterte.

Politiko would love to hear your views on this...
Spread the love
Tags: Bong Go, Bong Revilla, Cynthia Villar, Francis Tolentino, Gloria Macapagal-Arroyo, HNP senatorial, Pampanga, Sara Duterte
Disclaimer:
The comments posted on this site do not necessarily represent or reflect the views of management and owner of POLITICS.com.ph. We reserve the right to exclude comments that we deem to be inconsistent with our editorial standards.