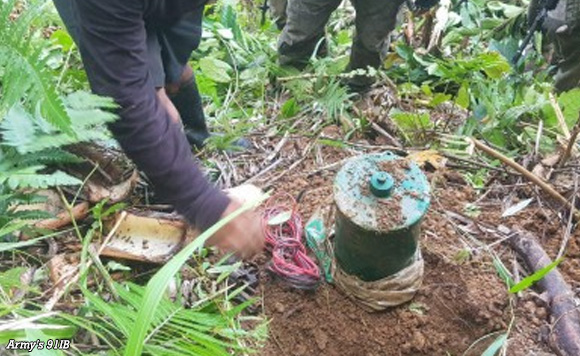 According to Lt. Col. Julito B. Recto, acting commander of the Army’s 91st Infantry (Sinagtala) Battalion (91IB), the soldiers found the rebels’ supplies cache after receiving a tip from a civilian.

In a Philippine News Agency report, Recto said the troops recovered one anti-tank mine, one detonating cord, and one .38-caliber revolver.

“So far, our troops are scouring the area for further development against the enemy,” he said in the report.

Recto commended the government troops for their immediate action and urged them to intensify their campaign against terrorism.

Politiko would love to hear your views on this...
Spread the love
Tags: Aurora, Lt. Col. Julito B. Recto, NPA, war materiel
Disclaimer:
The comments posted on this site do not necessarily represent or reflect the views of management and owner of POLITICS.com.ph. We reserve the right to exclude comments that we deem to be inconsistent with our editorial standards.