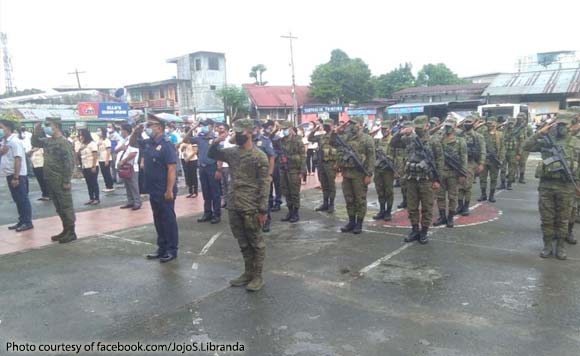 The Philippine Army’s 91st Infantry Battalion (91IB) has deployed five Community Support Program (CSP) teams in different barangays in San Luis, Aurora in order to improve peace and order in the area where there are New People’s Army rebels.

They were assigned to Diteki, El Pimentel, Ditumabo, Dikapinisan and Dimanayat, according to a Philippine Information Agency (PIA) report.

“The deployment of CSP teams will basically contribute to peace and development efforts in those areas,” 91IB Commanding Officer Lt. Col. Reandrew Rubio said in the report.

They will also act as bridge between the government and the community in “identifying different issues and facilitate the resolution of the same in partnership with local government units and national government agencies,” the report said.

“The deployment of CSP teams will somehow affect the recovery and logistical works of the New People’s Army in those areas,” Rubio said.

This is in line with the Development Support and Security Plan “Kapayapaan” of the Armed Forces of the Philippines which seeks to conduct development support operations, sustain peace efforts, ensure security and help maintain public order to foster the foundation for economic and human development.

For his part, 703rd Infantry Brigade Commander Brigadier General Andrew Costelo expressed appreciation to the municipal government of San Luis for their strong support to the Army.

“We are not only here to help the local government in addressing the peace and security concerns of the communities but also to help deliver basic government services,” he said.

Politiko would love to hear your views on this...
Spread the love
Tags: Aurora town, Community Support Program, Dikapinisan, Diteki, Ditumabo, El Pimentel, Philippine Army’s 91st Infantry Battalion, San Luis
Disclaimer:
The comments posted on this site do not necessarily represent or reflect the views of management and owner of POLITICS.com.ph. We reserve the right to exclude comments that we deem to be inconsistent with our editorial standards.