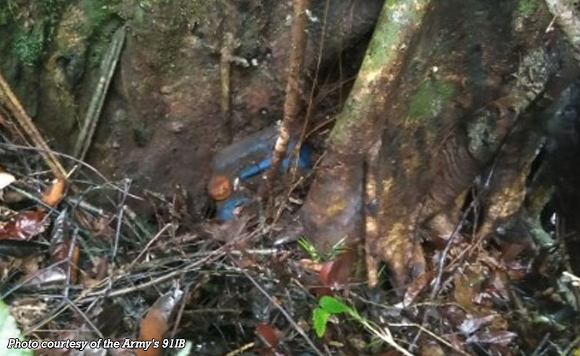 In a Philippine News Agency report, Lt. Col. Julito B. Recto, Jr., officer-in-charge of the Philippine Army’s 91st Infantry “Sinagtala” Battalion, said the food cache was believed to be owned by remnants of the dismantled Komiteng Larangang Guerrilla – Sierra Madre (KLG-SM) of the NPA.

In the report, Recto said the troops recovered two containers of rice weighing about 60 kilos after receiving information from residents in the area.

The recovered items would be brought to the headquarters of the Charlie Company in Barangay Diteki also in San Luis town for proper disposition and documentation, he said in the report.

The Army has recently intensified its anti-insurgency operations in Aurora.

Politiko would love to hear your views on this...
Spread the love
Tags: Army troops, Aurora, Lt. Col. Julito B. Recto Jr., New People’s Army (NPA)
Disclaimer:
The comments posted on this site do not necessarily represent or reflect the views of management and owner of POLITICS.com.ph. We reserve the right to exclude comments that we deem to be inconsistent with our editorial standards.