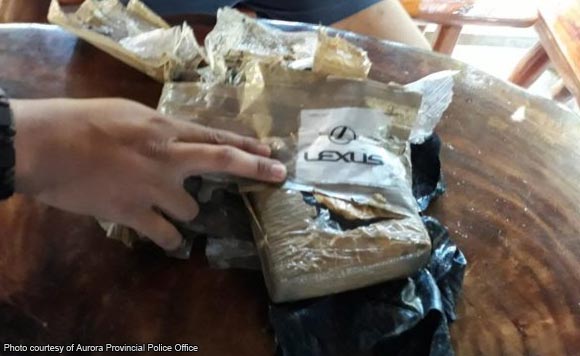 MANILA — A construction worker in Aurora province found another brick of suspected cocaine along the shoreline in Baler, Aurora province, the Philippine National Police (PNP) said on Sunday.

Banac said the local police reported that the brick of suspected cocaine was wrapped in black plastic and also has the “Lexus” label.

He said the recovered item weighing one kilo was brought to Baler police station while inspection has been conducted along the entire shoreline of Reserva village.

“The recovery of the said package was the 12th incident of reported “floating cocaine” since February 10,” Banac said in a text message to the Philippine News Agency (PNA).

Banac commended the strong cooperation and vigilance of the public, resulting in the recovery of the floating cocaine in various parts of the country.

“We also continue to appeal to you to remain vigilant and report to the police any suspicious packages washed ashore or anyone who may show up offering an amount in exchange of said items,” Banac said.

“Together, we can stop crimes and illegal drugs towards a safe community for our people to live, work and do business,” he added.

Politiko would love to hear your views on this...
Spread the love
Tags: Ariel Gonzales Valenzuela, Aurora province, Baler police station, Col. Bernard Banac, Philippine National Police, Philippine News Agency
Disclaimer:
The comments posted on this site do not necessarily represent or reflect the views of management and owner of POLITICS.com.ph. We reserve the right to exclude comments that we deem to be inconsistent with our editorial standards.