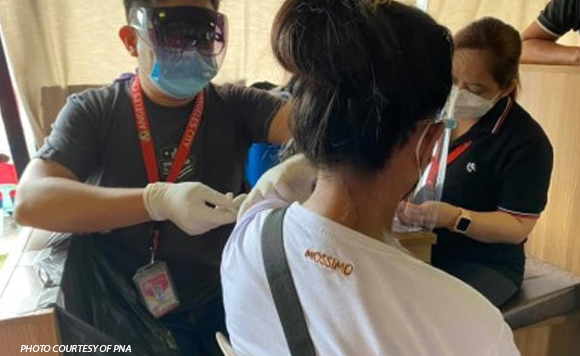 From November 29 to December 1, the Angeles City government will be accepting walk-ins for its vaccination program, including non-residents.

Angeles City Mayor Carmelo Lazatin Jr. said the city government would accommodate all who wished to be vaccinated at the two mega vaccination sites in Angeles, the City College of Angeles and Angeles City National High School.

The mayor said the initiative was part of the three-day national vaccination day to help the country achieve herd immunity.

City Health Officer Verona Guevarra gave her assurance that the city had enough supply of vaccine to inoculate the residents and non-residents.

Politiko would love to hear your views on this...
Spread the love
Tags: Angeles City, Angeles City government, Mayor Carmelo Lazatin Jr., vaccination program
Disclaimer:
The comments posted on this site do not necessarily represent or reflect the views of management and owner of POLITICS.com.ph. We reserve the right to exclude comments that we deem to be inconsistent with our editorial standards.