Angeles on reelection in Tarlac City: ‘It’s time to heal’ 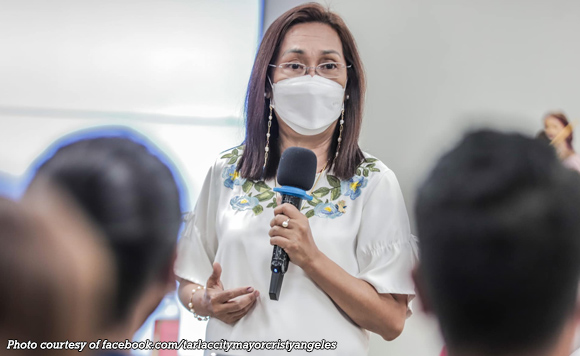 Tarlac City Mayor Cristy Angeles said it was time to set aside political differences after securing her reelection bid.

The mayor, who ran unopposed, thanked her supporters for giving her another chance to serve in the city, and appealed for healing and unity
.
“The election brought out different opinions about the candidates. Now that it is over, it is time to heal and continue the progress that we have seen and felt for the past six years,” Angeles said.

“Let us not allow political differences to disregard what we started. In Tarlac City, we will always be a family that helps and cares for each other,” she added.

Angeles was among 11 incumbent mayors who were reelected in the province.

Politiko would love to hear your views on this...
Spread the love
Tags: Mayor Cristy Angeles, Tarlac City
Disclaimer:
The comments posted on this site do not necessarily represent or reflect the views of management and owner of POLITICS.com.ph. We reserve the right to exclude comments that we deem to be inconsistent with our editorial standards.