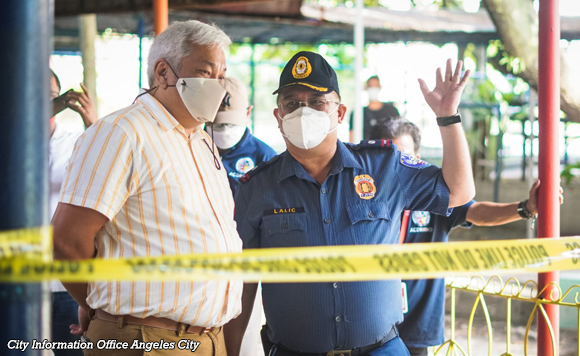 Angeles City Mayor Carmelo Lazatin, Jr. has ordered the conduct of drills in all elementary, high school, colleges, and universities in August to ensure the students’ safety against crimes and emergencies.

“Our schools’ vicinity should be a safe space for our children,” the mayor said.

It was agreed that the city will hold the simulation exercise on the actual shooting scenario and kidnapping situation on August 3.

The CSWDO was also tasked by Lazatin to hold a stress debriefing after the drills to prevent possible trauma on children.

Further, the disaster personnel, law enforcers, and social workers will also receive much additional training to equip them with necessary skills and needed logistics.

Lazatin earlier announced his crime prevention program during his inaugural speech for his second term in office.

Politiko would love to hear your views on this...
Spread the love
Tags: Angeles City, Mayor Carmelo Lazatin Jr, safety drills
Disclaimer:
The comments posted on this site do not necessarily represent or reflect the views of management and owner of POLITICS.com.ph. We reserve the right to exclude comments that we deem to be inconsistent with our editorial standards.