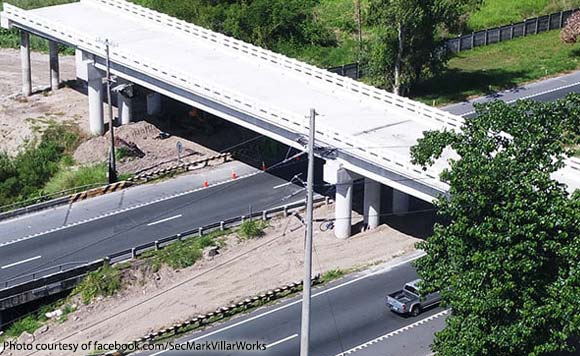 The Angeles-Magalang Bypass Road project is nearing completion, according to the Department of Public Works and Highways (DPWH).

“A new bypass in Pampanga is soon to rise this year as the construction of the Angeles-Magalang diversion road is nearing completion,” DPWH Regional Director Roseller Tolentino said in Philippine Information Agency report.

The 2.605-kilometer bypass road is designed to provide an alternative route for motorists coming from Magalang to Angeles City, and vice versa, according to the report.

District Engineer Arleen Beltran said about 1.08 kilometers of the bypass road had been completed.

Construction activities are now in its final stages and expected to be finished within the year.

The first four components of the bypass project include a four-lane road leading to the newly constructed two-lane bridge that crosses North Luzon Expressway.

“This bypass is expected to ease traffic at the heavily congested area of Pulung Maragul Rotonda in Angeles City that is caused by the large volume of vehicles passing through the area, particularly those coming from Angeles-Magalang-Mabalacat Road, NLEX, Balibago, and Magalang. Motorists can then either enter or exit thru Aniceto-Gueco Avenue,” Beltran said.

The district office has completed six out of the seven project components.

Politiko would love to hear your views on this...
Post Views: 84
Spread the love
Tags: Angeles-Magalang, DPWH, Roseller Tolentino
Disclaimer:
The comments posted on this site do not necessarily represent or reflect the views of management and owner of POLITICS.com.ph. We reserve the right to exclude comments that we deem to be inconsistent with our editorial standards.