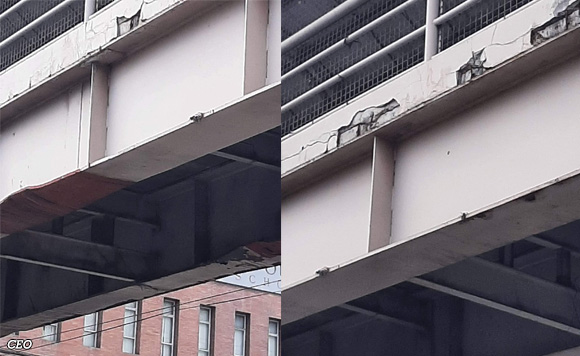 The Angeles City Engineer’s Office checked the structural integrity of a footbridge along MacArthur Highway that was hit by a backhoe onboard a truck recently.

Angeles City Mayor Carmelo Lazatin Jr. said the inspection was meant to determine if the bridge in front of the Angeles University Foundation (AUF) was still safe for pedestrians.

The CEO learned about the extent of the damage to the structure as a result of the incident.

IC Calaguas, Lazatin’s chief tactician, said the bridge was temporarily closed to give way for its repair.

A Punto Central Luzon report noted that the footbridge “showed cracks on its concrete components because of the impact.”

“The incident alarmed building officials after a social media post showed a backhoe loaded on a truck for transport hit the footbridge as it traversed the national highway,” the report added.

Politiko would love to hear your views on this...
Spread the love
Tags: Angeles City, footbridge, structural safety
Disclaimer:
The comments posted on this site do not necessarily represent or reflect the views of management and owner of POLITICS.com.ph. We reserve the right to exclude comments that we deem to be inconsistent with our editorial standards.