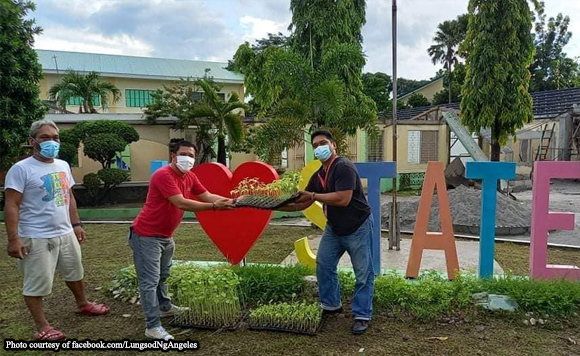 Staff of the Angeles City Economic Development Investment and Promotions Office and the City Agriculture Office turned over 720 assorted seedlings to the schools, including 180 sili, 180 talong, and 360 okra.

Some 19 public schools received their seedlings on September 2.

The distribution of organic vegetable seeds in the remaining 34 public schools will follow.

Aside from the “Gulayan sa Paaralan” program, Lazatin also launched the adopt-a-community garden in the city’s rotundas where vegetable seedlings were planted and available to pick for public consumption.

Politiko would love to hear your views on this...
Spread the love
Tags: Angeles City government, Gulayan sa Paaralan, Mayor Carmelo Lazatin Jr.
Disclaimer:
The comments posted on this site do not necessarily represent or reflect the views of management and owner of POLITICS.com.ph. We reserve the right to exclude comments that we deem to be inconsistent with our editorial standards.