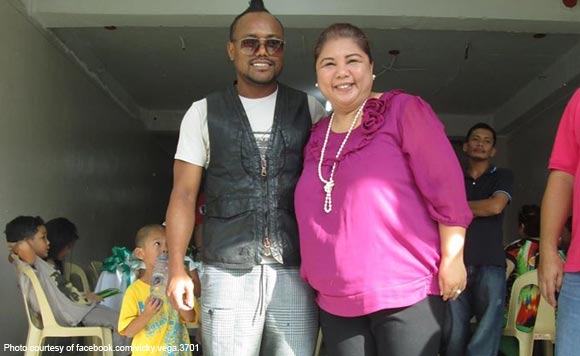 On June 26, 2012, she was able to share a frame with Filipino international star Apl.de.Ap who became popular worldwide as a member of the pop group Black Eyed Peas. His parents, hailing from Angeles, Pampanga, immigrated to the United States where the music star was raised.

Vice Mayor Vega is definitely proud of this Kapampangan and how far his music has reached.

Politiko would love to hear your views on this...
Tags: Angeles City, Apl.de.Ap, Vice Mayor Vicky Vega
Disclaimer:
The comments posted on this site do not necessarily represent or reflect the views of management and owner of POLITICS.com.ph. We reserve the right to exclude comments that we deem to be inconsistent with our editorial standards.