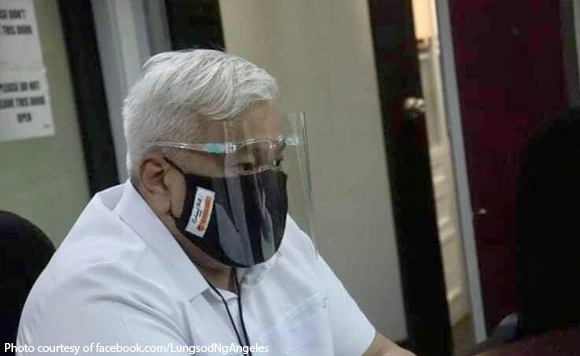 The city government of Angeles taking out a loan of P600 million to fund the procurement of Covid-19 vaccines.

In a Philippine Information Agency, Angeles City Mayor Carmelo Lazatin Jr. said the amount will be used to purchase enough doses of vaccines to immunize the 411,634 residents in the city.

“The city government has more than enough borrowing capacity. I am just putting it to good use,” he was quoted as saying in the report

The mayor said his chief adviser and tactician, IC Calaguas, would represent him in initial talks with leading financial institutions so that the city government would be able to acquire a sufficient number of doses.

Lazatin said he would ask the support of the city council to authorize him to enter into a loan agreement.

Lazatin said he sought the help of the Department of Health for additional funding but the agency said the “transfer of fund to local government units was not applicable under said circumstances.”

Politiko would love to hear your views on this...
Post Views: 12
Spread the love
Tags: Angeles City, Mayor Carmelo Lazatin Jr., vaccinate, vaccines
Disclaimer:
The comments posted on this site do not necessarily represent or reflect the views of management and owner of POLITICS.com.ph. We reserve the right to exclude comments that we deem to be inconsistent with our editorial standards.