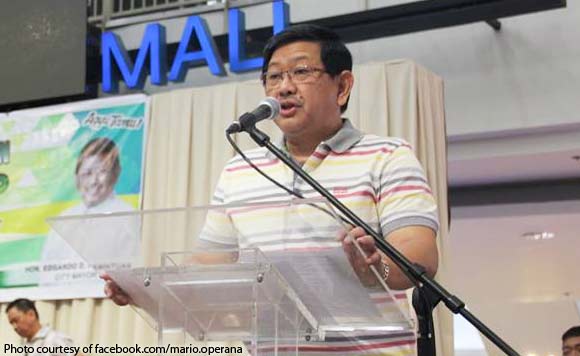 An Angeles City councilor is mulling charges against Mayor Ed Pamintuan and other city officials for supposedly allowing the construction of a hotel inside a government property without any contract.

Councilor Carmelo Lazatin said Angeles city officials allowed Palladium Hotel start construction despite not having any documents that it is leasing the government property at Barangay Balibago.

“On January 22, 2013, the City Government duly represented by Pamintuan entered into a lease contract with Crystal Palace Bar, allowing the business entity to use the land property owned by the local government located at Real Street, Barangay Balibago in exchange of a lease amount of P140,000 per month for a period of 25 years,” Lazatin said.

“The Angeles City officials who approved the construction requested by Palladium Hotel obviously abused their authority inflicting undue injury and disadvantage to the government. They entertained and approved the request of Palladium Hotel despite the fact that it is not a legal party authorized to use the land property under TCT No. 15956,” Lazatin said.

Politiko would love to hear your views on this...
Spread the love
Tags: Angeles City, Councilor Carmelo Lazatin, Mayor Ed Pamintuan
Disclaimer:
The comments posted on this site do not necessarily represent or reflect the views of management and owner of POLITICS.com.ph. We reserve the right to exclude comments that we deem to be inconsistent with our editorial standards.