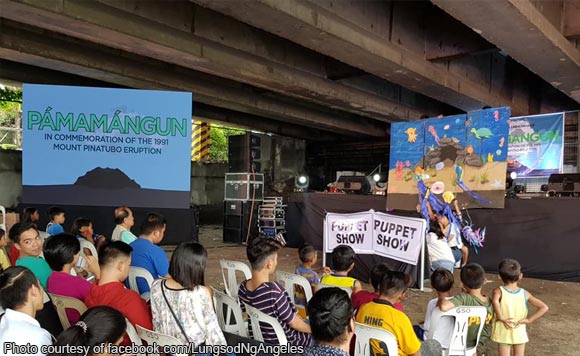 The city government of Angeles in Pampanga led by Mayor Edgardo Pamintuan has remembered the 1991 Mt. Pinatubo eruption and how its people rose from the tragedy.

Dubbed as the “Pamamangun,” the event was held Friday, June 15, at the Abacan Loop.

“We are gathered not to mourn over what we have lost, but to commemorate the heroism and resilience of our people and the individuals who helped us bounce back from the ashes,” said Pamintuan during the event.

Pamintuan was the acting mayor of the city when the disaster took place.

He said the commemorative program was also intended for the young generations of Angeleños to deepen their appreciation and understanding on the significance of the catastrophe to what the city has attained today.

Over 700 people died due to Mt. Pinatubo eruption. But most of those who perished were due to the diseases at the evacuation centers.

More than 1.2 million Filipinos were also affected by the calamity.

Politiko would love to hear your views on this...
Spread the love
Tags: Angeles, Edgardo Pamintuan, Mt. Pinatubo, Pampanga
Disclaimer:
The comments posted on this site do not necessarily represent or reflect the views of management and owner of POLITICS.com.ph. We reserve the right to exclude comments that we deem to be inconsistent with our editorial standards.