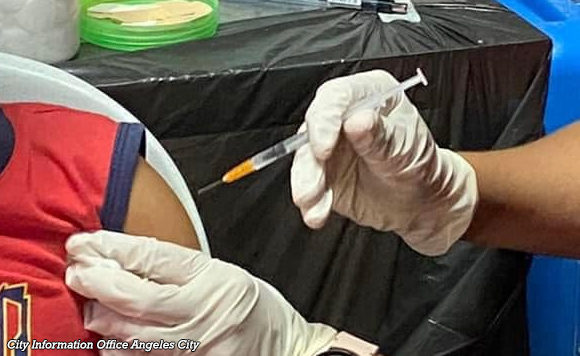 Under the directive of Angeles City Mayor Carmelo Lazatin Jr., a meeting was held in preparation for the booster shot vaccination presided by Chief Adviser IC Calaguas, also the chief implementer of the city government’s vaccination program.

Calaguas said Lazatin wants the booster vaccination for minors to be more accessible, following the guidelines set by the Department of Health.

City Health Officer Dr. Guevarra said eligible minors for the booster shots are those who are fully vaccinated already for five months.

According to the guidelines, upon booster vaccination, the minor, accompanied by his parents or legal guardian, should present his/her vaccination card.

The parents/legal guardian meanwhile should bring their valid government issued ID indicating residency in the city as well as proof of filiation such as birth certificate and baptismal certificate which are certified by the Philippine Statistics Authority or Local Civil Registrar, the guidelines added.

Politiko would love to hear your views on this...
Spread the love
Tags: Angeles, booster shots, Covid-19, rural health units
Disclaimer:
The comments posted on this site do not necessarily represent or reflect the views of management and owner of POLITICS.com.ph. We reserve the right to exclude comments that we deem to be inconsistent with our editorial standards.