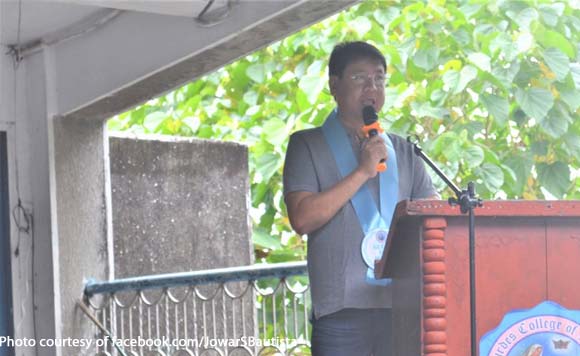 Complaints might have reached the camp of Angat Vice Mayor Jowar Bautista.

The vice mayor took to Facebook to clarify why some senior citizens who used to receive social pension were removed from the list. He posted the possible reasons for ejection from the Social Pension for Indigent Senior Citizens (SPIS).

One, death of the beneficiary; two, change of address; three, beneficiary is MIA at declared address; four, acceptance of pension from GSIS, SSS, AFP and other insurance companies; five, having a regular source of income; and six, suspension from the pension because did not fulfillpay-out requirements.

The vice mayor is hoping the infographic would clear everything out! His office is open for other concerns.

Politiko would love to hear your views on this...
Tags: Angat, Social Pension for Indigent Senior Citizens, Vice Mayor Jowar Bautista
Disclaimer:
The comments posted on this site do not necessarily represent or reflect the views of management and owner of POLITICS.com.ph. We reserve the right to exclude comments that we deem to be inconsistent with our editorial standards.